In this shot on video rarity, Joe Estevez is a studio photographer in what appears to be an office building. He wears an annoying bow tie, there's some lame psychic love interest also in the building, annoying kids, a dumbass security guard, and the eternally annoying Conrad Brooks. Oh and there's some ugly ass "ghost baby" that's running amok. None of it makes sense.

The guy who made this also "directed" Hell Comes To Frogtown. I liked that movie. This barely counts as a movie. In fact, it may have replaced Death Nurse as the worst movie I've ever seen. Sadly, I'm sure that'll be topped soon.

2. There must be some agency that only specializes in inept security guards. "What? No, I don't want the former trained policeman, I want the rat faced guy who can't even catch an 8 year old! He'll keep my building safe!"

4. They lure the baby ghost with one of those cheap Tiger electronics handheld games. I should have known that shitty special effects would be drawn to shitty handheld games.

5. There are two impossibly stupid crooks who break into the building for no reason. I don't have a joke there. They don't interact with the other characters, they see the ghost and get scared, and we never hear about them again. I hope they rot in that office building in bad movie purgatory.

6. I can't believe I'm saying this...but I felt bad for Joe Estevez. This movie was beneath him. Let me state that again in bold....BABY GHOST IS SUCH A SHITHEAP OF A FILM THAT IT WAS BENEATH JOE ESTEVEZ'S ACTING TALENTS.

Posted by Dan Lashley at 4:56 PM No comments:

If you heard the last radio show (and shame on you if you didn't) you know that Dracula gave us a sneak peek at his new album "Dracula Duets". Today Drac has given us another sneak peek with that classic Grease song "You're the One That I Want". His duet partner for this is Miss Gladys Marks, known in three counties for her singing. Please enjoy...pretty please?

Dracule Duets Track 2: You're The One That I... by alabastertnt
Posted by Dan Lashley at 11:03 AM No comments: 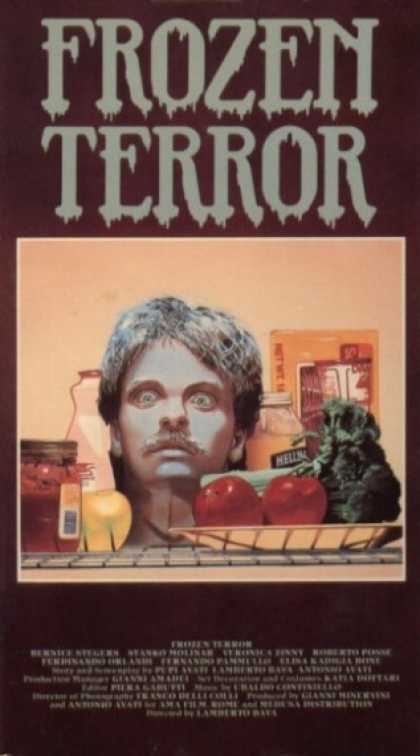 Dan Lashley returns after his failed attempt as a golddigger, a gigolo, and as a member of Mike Love's "Beach Boys" band to bring you more more great and weird music, trailers, and maybe a laugh or two (but only two...you don't want to ruin your appetite).

This week has a special guest, as 9 year old David Lee wins a contest to cohost with Dan! But tempers flare when David is expecting someone else. This show also boasts the world premiere single from our very own Dracula!

Posted by Dan Lashley at 3:37 PM No comments: 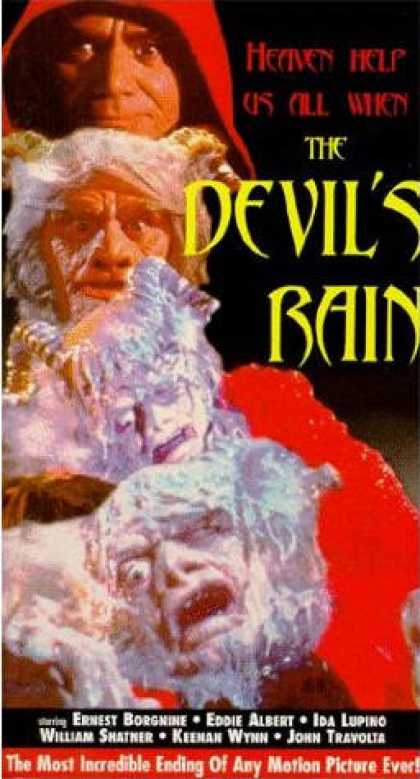 YES! With the Devil's Rain, you dab just a little on the problem area, and watch your worries just melt away. Great on Ernest Borgnine's, Eddie Albert's, and even that unsightly John Travolta!
Posted by Dan Lashley at 1:26 PM No comments:

From Earth's pollution a new monster is spawned. Hedorah, the smog monster, destroys Japan and fights Godzilla while spewing his poisonous gas to further the damage.

Six Things I Learned From Godzilla vs. Hedorah

1) Godzilla toys weren’t made to fight. They were made to go down slides.

3) Hedorah is a party pooper…literally.

4) Fish masks are all the rage at night clubs.

6) The solution to smog monsters is to hold a party on the top of Mt. Fuji.
Posted by "Cinemasochist" Justin Oberholtzer at 1:30 PM No comments: 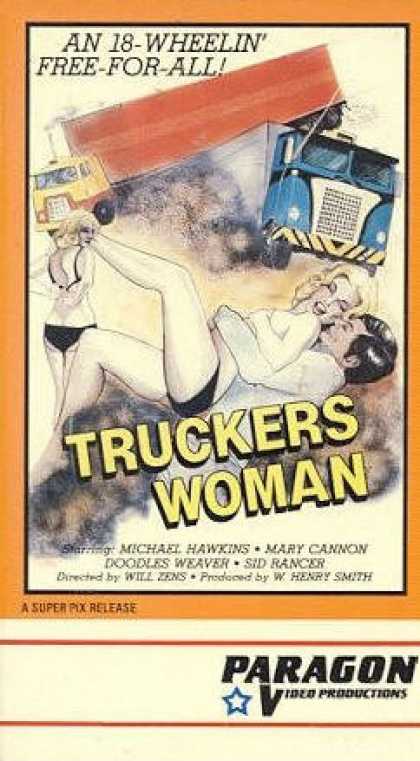 Much like "Trucker's Buddy" brand speed, the formula for Truckers Woman was also lessened. Now instead of having sex with you in front of wildly out of control semi's, she gives a relaxing, but non sexual, shoulder massage.

Posted by Dan Lashley at 3:10 PM No comments:

In the 80's there was apparently a fad in which every sex comedy had to take place at a resort. I understand why...bikinis, nice locations to film in, boobs but it makes things a bit...repetitive. This movie tries, but I still had to look up the movie by the partial title Resort. This brought seemingly 112 movies with that in the title. Yikes.

This movie is about brave young men going out on their own to earn money for college by being the hardest workers they can be....I'm just fucking with you. Their idea of earning money is to get laid so many times that Hugh Hefner is like "whoa boys, take a break here and there". It's not just the employees (the main character is some weird cross between John Travolta and Epstein) , there's the oh so hilarious couple who has sex in every place imaginable. This couple has sex so much that when I later put in the DVD for Dawn of the Dead, they were there fucking in the mall!

The plot's pretty thread bare...more like a bunch of skits about guys getting laid. There's TV's Riddler Frank Gorshin talking about getting laid, the gay guy from Airplane! making jokes about sex, and of course Balki as one of the wisecracking staff...talking about sex. Does this movie make sense? Don't be reedickulus!

1. There's a drill Sargent type who insults and berates the staff throughout the movie and then suddenly turns gay and hooks up with the guy from Airplane! I guess it's some deep kind of message...like although you can have a tough exterior, inside us all is this sensitive man yearing to come free...or they just typed the script blindfolded.

2. The main villains in this film are a rowing team filming some stupid soup commercial. The best part is how they talk. I guess the director hated Gilligan's Island (and rightfully so) because every one of these rowing bastards talk just like Thurston Howell the 3rd.

3. Dan Schneider gets all the ass in this movie. Yes, Ricky from Better Off Dead. That should tell you everything. "I'm sorry my ugly nipples blew up Ricky".

6. Judging by all the movies I've seen, if I were to go to a resort, I'd figure the staff will destroy my room, dump drinks on me, punch me in the balls, and have sex with my shoes. I ain't leaving no tip for squishy shoes pal!
Posted by Dan Lashley at 9:31 AM No comments: